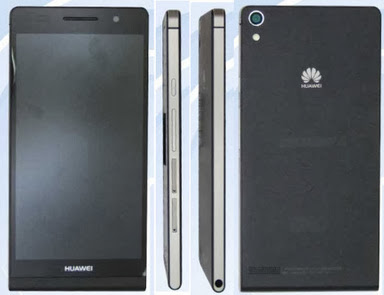 Huawei Ascend P6S , octa - core processor smartphone has been confirmed president Huawei will come next year . Reportedly , the smartphone will be introduced at CES 2014 or MWC event 2014. However , the leaked sighting Ascend P6S successor is already circulating on the internet .

Excerpted from the website OurHuawei , Ascend P6S chipset used is a quad - core , not the octa - core . This chip is predicted terbari generation of Hisilicon K3V3 with 28nm fabrication and use big.LITTLE architecture . Inside are dual - core Cortex - A15 1.8 GHz and dual - core 1.2 GHz Cortex - A7 . While the GPU using the Mali - T658 and supplied 2GB RAM .

In the imaging , Ascend P6S have the same camera with P6 . There are an 8MP rear camera and a 5MP camera on the front . Ascend the device under test is recorded P6S make use of the Android operating system 4.2.2 Jelly Bean . Previous Huawei Ascend P6 has confirmed that Android 4.4 will get a KitKat in January , so it will likely slide P6S already using Android 4.4 KitKat .