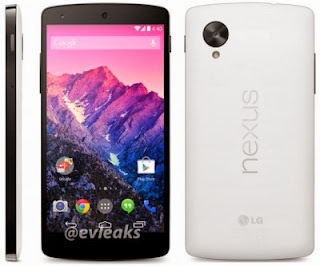 Such as the widely rumored previously, the Nexus 5 will be announced shortly. This is the first time alleged directly embed Google Android 4.4 KitKat with a myriad of features upscale premium Android device, dare to compete with the Sony Xperia Z1, LG G2, and the Galaxy S4.

Well, reportedly Nexus 5 will also come into the market in white than black as the main color as quoted from @ evleaks via The Verge. If true Nexus 5 is released tomorrow 1 November 2013, the arrival of Google's latest flagship is just 1 year later since the Nexus 4 launch last year. 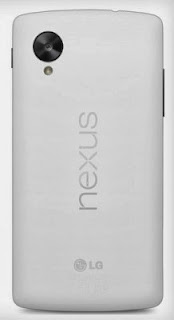 The price is estimated Nexus 16 GB version 5, will be in the range U.S. $ 350 (Rp.4 Millions) without necessarily depending on the conditions of the contract and the tax value can be different in each country market destination