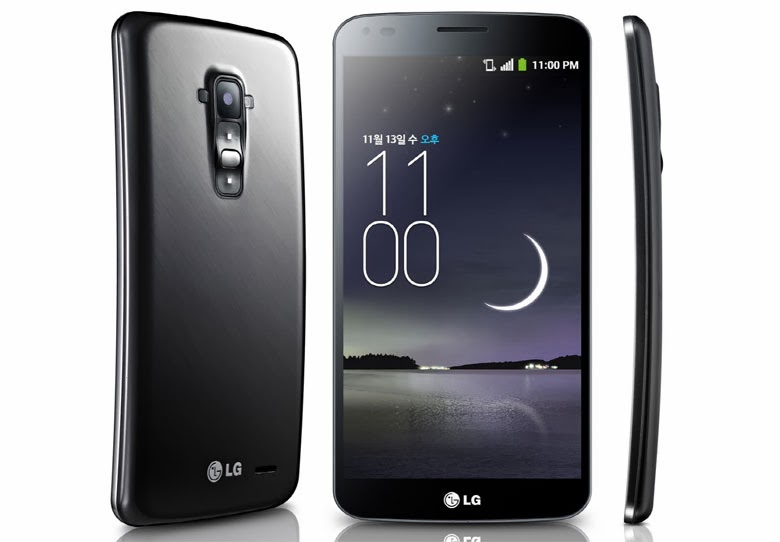 We are only now seeing the first real fruits of the multi-year effort to bring flexible displays to smartphones. The first wave doesn’t really bend – or at least not much – but as we saw from Samsung as it explained its goals for the future, that’s very much where we’re headed. Even with these models so new, we’re already hearing about some follow-up rumors, like LG’s work on a new version of its G Flex.
This G Flex 2 may be in the pipeline for a launch in a little under a year from now, relatively in-line with the anniversary of the announcement of the first G Flex. It sounds like LG really intends to make the “flexing” aspect of the phone a lot more prominent, and the handset would supposedly be capable of ninety degree bends, thanks in part to a flexible battery.
Of course, that’s still a long way off, and while we expect improvements in this plastic-substrate OLED technology to keep coming, there’s still a lot we need to learn about the consumer response to the G Flex and Galaxy Round; if the interest just isn’t there, we wonder how LG’s plans might adapt.