In this morning , a Japanese Media leaked a device named HTC 0P6B120 found in AnTuTu Benchmark which was confirmed later. In AnTuTu database, it is found that the Rom code name of this device is htc_m8-userdebug|4.4|KRT16O which can be sure that this is the HTC in researching device-HTC M8. This Mobile phone is rumored to be the next flagship after HTC One. This time, HTC finally adopts one of the most high-end CPU---Snapdragon 800(MSM8974AB）. 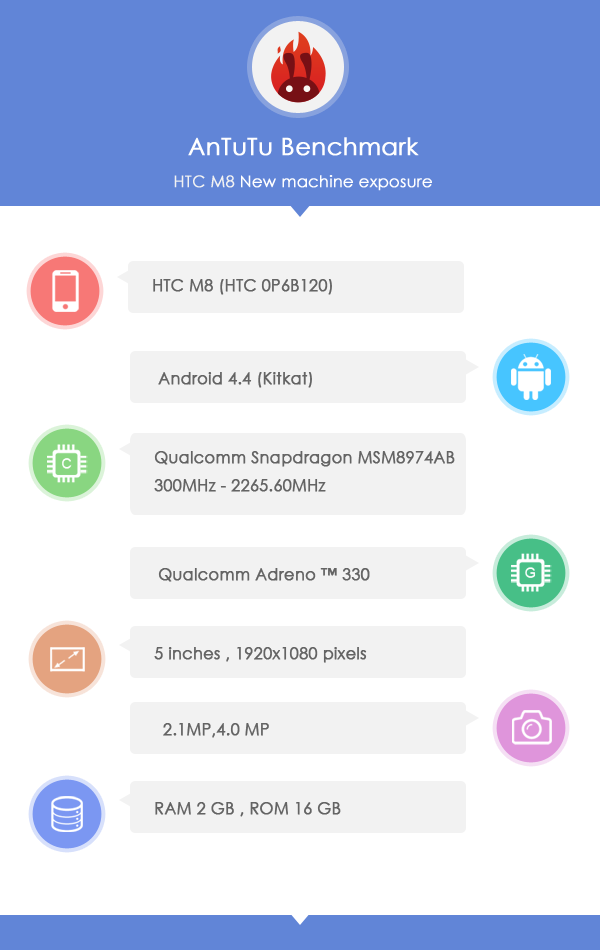 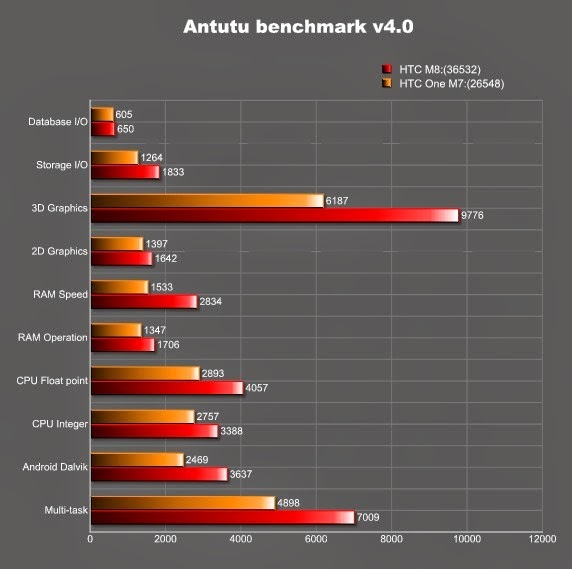 Apparently this device is a flagship level mobile phone with this kind of configuration, but we learn from HTC that they are going to release it until February next year and then there will be a period of time from the release to the appearance in the market. According to the product line  efficiency of HTC, it should be March or April till the real participation of market competition. At that time, we have to be afraid that this flagship may lose the competitiveness in hardware performance. So, if HTC want to have the glory day of HTC ONE again, it should pay more attention to the performance of device application funcations.