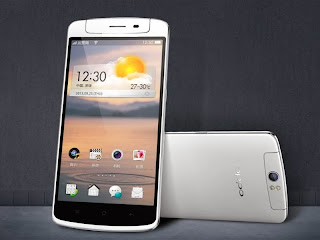 Armed with the latest innovations of the claim outcomes vendor , Oppo N1 finally officially launched in Beijing , China .Large screen may just be one hallmark of this smartphone . It means that in addition comes with a fairly roomy , Oppo N1 , brought a number of other advantages , which features a rotating camera is embedded in the smartphone . This camera features an innovative rotating the first time in the world .OPPO innovation is not only visible on smartphones only. Oppo also build an ecosystem of its own with the base OS developed by Oppo , the Color OS . Ecosystem -based mobile Internet provides a platform for applications such as , games , themes , wallpaper , and e - book reader . Users only need to register with one account only to be able to access all of these platforms .Color in the development of the OS , so pay attention Oppo input from users . In the last 10 months has netted 20,000 Oppo beta tester , get nearly one million feedback , and do a lot of repairs and patented the 43 new patents .Meanwhile , Color OS has been downloaded one billion times as much , while the Color app game in its own OS has been downloaded 400 million times . This proves another success from OPPO , which since 2005 has successfully penetrated the smartphone market in the United States , Russia , South Korea , Europe , Indonesia , Thailand , Vietnam and other markets in the country . 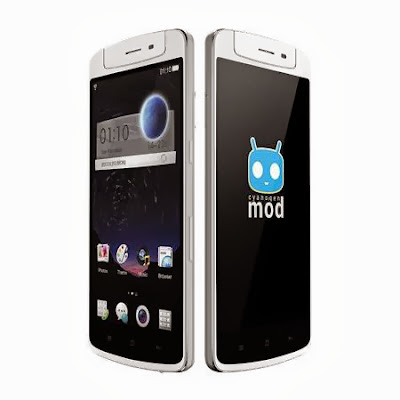 " OPPO committed to delivering superior products and high quality , " said Mr . Chen Mingyong CEO of Oppo ."Therefore, we are also very consistent in the development and manufacturing processes so that we can produce a perfect product , " he continued .In recent years the Oppo is always introducing innovative products and become a leader in the smartphone market . Its products include the Finder , which is a Smartphone with a design that was once the world's thinnest smartphone with a size of 6.9 mm ; Find Way , who revolutionized technology front camera phones with 5 megapixel camera and features plus beauty , as well as the first to enter the Find 5 smartphone market with the latest 1080p HD screen in its class . Now , OPPO N1 comes with a camera that can rotate 206 ° , Pure Image technology , function remote control , Rear touch panel technology , and technology touch gesture on the screen .Oppo N1 will be launched in Jakarta on October 16, 2013 . As part of the global launch of OPPO N1 , Indonesia is the second country selected Oppo to launch the product .Besides camera features slick in it , Oppo N1 , also equipped with other neat features , such as O and O Touch Panel Control - Click . Features Touch Panel is claimed as new and innovative ways to use the Oppo N1 . While O - Click Control will allow users to operate remote cameras N1 , even when the user is away from his device . 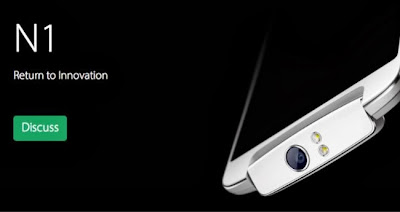 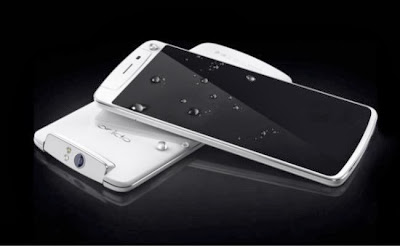 Other than the rotating camera, nothing on the Oppo N1 really surprised us. The display is a 5.9-inch 1920 x 1080 unit, there is 2GB RAM, options of either 16GB or 32GB memory, and giving the phone processing grunt is a 1.7ghz quad-core Snapdragon 600 chip! 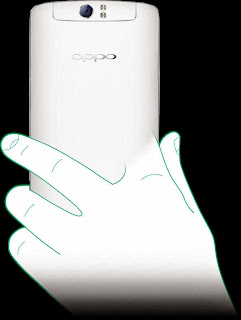 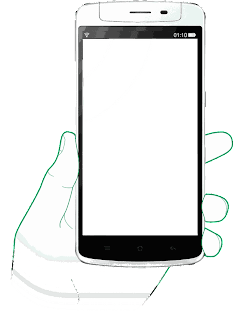